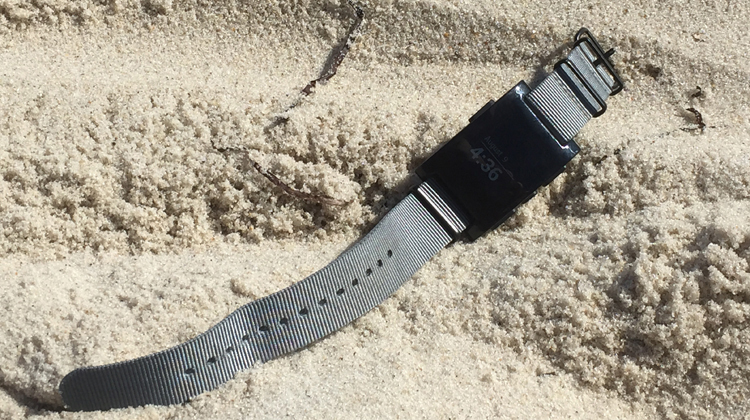 I grew up watching a lot of Sci Fi.  The type of Sci Fi where people had communication devices and computers as watches, and every new variation on that theme sparked my envy.  Thus it should comes as no big surprise that I bought an Apple Watch.

My Apple Watch however was not my first foray in the world of smartwatches. I’ve had a Pebble for about a year and a half and I have to say I still love it.

Before I delve any further I think it’s important to point out that smartwatches exist on a sliding scale.  On one end you have watches that simply tell time.  On the other you have computers (for the sake of argument let’s consider an iPhone a “computer”).  The Apple Watch with a touch display that’s not always on is more of a computer.  The original Pebble with an always-on screen is more of a watch.  They can both run apps.  They can both tell time.  Yet there is still plenty of differentiation between the two.

So despite having the much-hyped Apple Watch, I’m still a huge fan of my Pebble.  Let me explain why.

First I find Pebbles to be a bit more rugged.  I’m a Lifeproof kind of guy.  My phone has a waterproof drop proof case that graces it’s presence on the weekends.  I’ve found it a virtual requirement of an active life style.  I hop on my bike, I hop on a jet ski, and my phone is protected.  Recently I’ve begun training for a triathlon and since my Apple Watch isn’t waterproof I swap it out for my Pebble any/every time I go in the pool.  My Pebble is water resistant to 5 ATM (50 Meters) from the factory (As a reference point most open water SCUBA dives are 30 Meters or less).  No case, no fuss, just shower with out worry.  In fact I intentionally use my Pebble in the shower so I can control the music I stream to a Bluetooth speaker.  It’s also worth noting that the Pebbles screen is covered in plastic not glass.  While this means it will scratch easier, it also means I don’t have to worry about shattering it.  Let’s not forget that time Apple made the back of an iPhone out of glass.

Secondly the Pebble Classic has up to 5 days of battery life.  I can attest this is easily obtainable.  The benefit of which is if you go away for the weekend somewhere, you don’t have to worry about bringing yet another charging cable and wall plug.  It also means you don’t have to charge your watch every night.

In fairness I should point out that all of the Pebbles do have a more limited feature both in terms of software and hardware.

It’s hard to argue with the Pebble Classic’s price point.  At a penny shy of $100 you get a very durable smartwatch with great battery life.  It has most of the feature set of the newer Pebbles and recently received a software upgrade that bring its features even more inline.  There’s still some nice apps and watch faces out there for it, and it’s extremely easy to put new bands on it to customize however you like.

There are many arguments to be made on the differences between touch screen UIs vs hardware driven UIs.  But for now let’s just pretend that a touch UI is better.  In that case none of the Pebble models offer a touch screen in contrast to all of the Apple Watches models featuring them standard.  However, the App icons on the Apple Watch do seem to have smaller tap area’s then what Apple originally recommended in their Human Interface Guidelines for smartphones.  Which does make the touch UI a lot harder to use.

In terms of voice control even the new Pebbles with some voice capabilities don’t stack up to Siri on the Apple Watch.  Siri let’s you start apps, reply to messages, control your music.  With that said Siri still has a way to go in terms of accurately knowing what you’re telling it to do.

This post isn’t meant to be an absolute argument for or against either platform.  Just a comparison of reasons why the Pebble is still a great device.  If you’re looking for a watch that will also give you alerts and keep you connected, take a look at the Pebbles.  If you want a little more computer functionality and don’t mind waiting a second or two to see what time it Is then check out the Apple Watch.  Or spoil yourself like I do and have both.